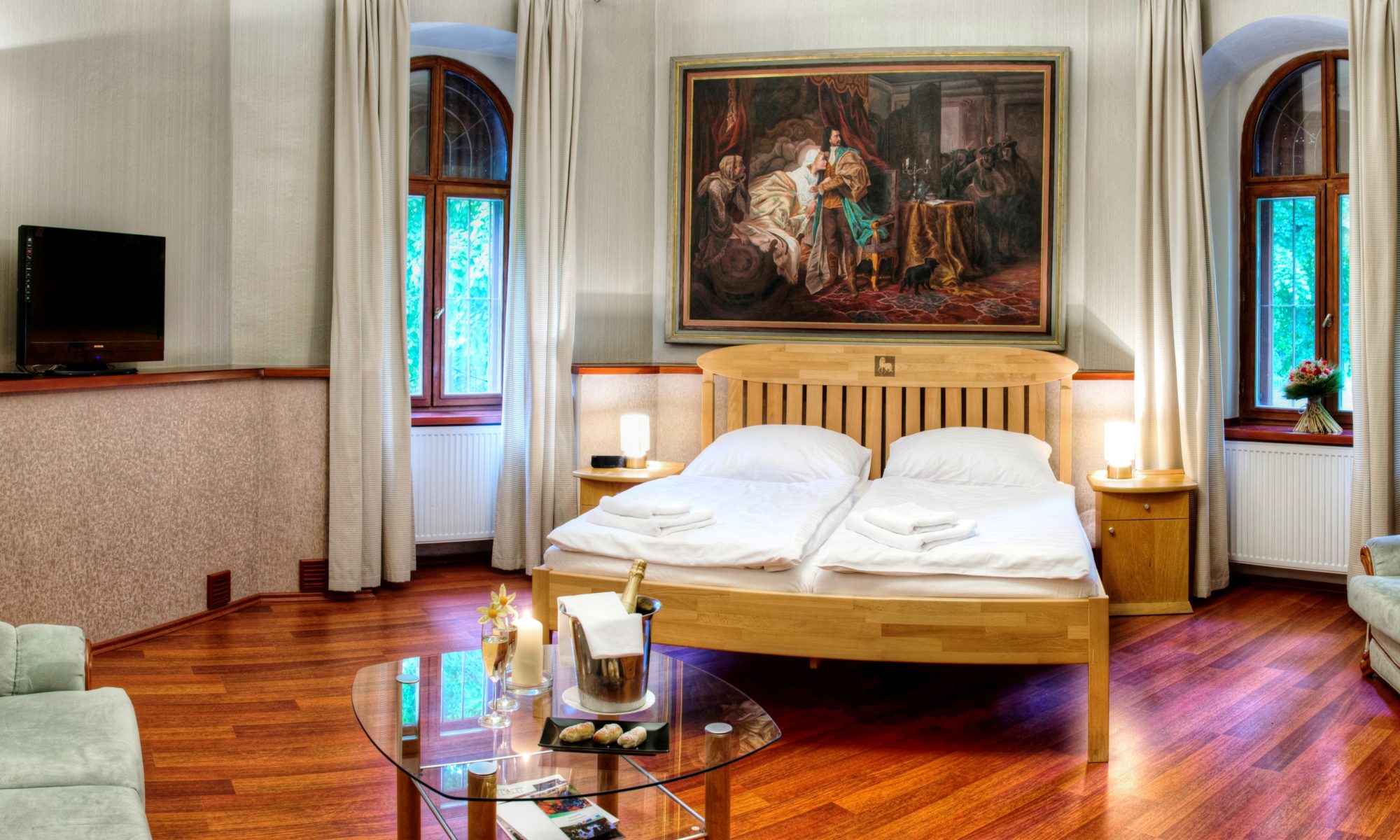 In close proximity to the Ladislav´s square in Mojmírovce there lies the original English park, dominated by the renovated fountain and four-meter high statues of saints and patrons. Part of the park is a national cultural monument from the 18th century – Manor House Mojmírovce.

The manor house offers a rich cross-section of history and an unforgettable cultural experience, as the only hotel in Slovakia in such a varied form. The entrance hall of the manor house is decorated with original Theresian chandeliers, restored to a modern appearance, and portraits of the most famous Slovaks in life size. Its central corridor is called the “Hall of Tolerance”. The corridor walls are decorated with symbols of the world’s largest religions and dozens of portraits of philosophers, writers and scientists who have influenced world history. Another interesting corridor in the manor house is a corridor decorated with scenes from folk fairy tales by Dobšinský. In addition to fairy tales, the most famous castles and chateaux of Slovakia and ghosts and ghost stories related to the manor house and its environment are captured here. On the place where once used to be the botanical winter garden of the Huňady family is now a swimming pool. The interior of the swimming pool itself is unique and even today resembles a winter garden. On its ceiling there is one of the largest contemporary paintings in Slovakia, „Orchid Flowers“, by an artist Jana Farmanova-Sabikova. The manor house also contains a hall, reminding all visitors of the fact that Mojmírovce is the birthplace of Count Grasalkovič. The walls of the hall are decorated with portraits of Anton Grasalkovič himself and his ruler Maria Theresa in life size, models of the most important buildings that the Count had built, as well as period coats of arms and armor.

A great attraction is the icon lounge with 130 icons, which is the only one of its kind in Slovakia. There is the Memorial Room of Björnstjerne Björnson – the advocate of the Slovaks established here as the only one in Slovakia. The restaurant is set up in the game style as the whole manor house was furnished before 1945. Hunting trophies are complemented by modern paintings with hunting themes. Through „the corridor of copies of paintings“ by the most important world painters you will get to the presidential suite, where you will find portraits of all the Czechoslovak and Slovak presidents on the walls. In the cellar of the manor house is now a vaulted brick wine cellar, awarded the BRICK AWARD 2010 for architecture.

The atmosphere of the wine cellar is completed by a collection of 120 paintings with wine themes. Another underground space is also used in an unique way, you can find here a 25-metre long indoor three-track shooting range for short spherical weapons, open all-year-round. It is the only shooting range that was built in a national cultural monument.

An attractive combination of history, tranquil surroundings in the middle of the park and comfortable accommodation can be found in completely renovated rooms and apartments right in the premises of the manor house from the 18th century and the adjacent renovated dependency building – Stud farm.